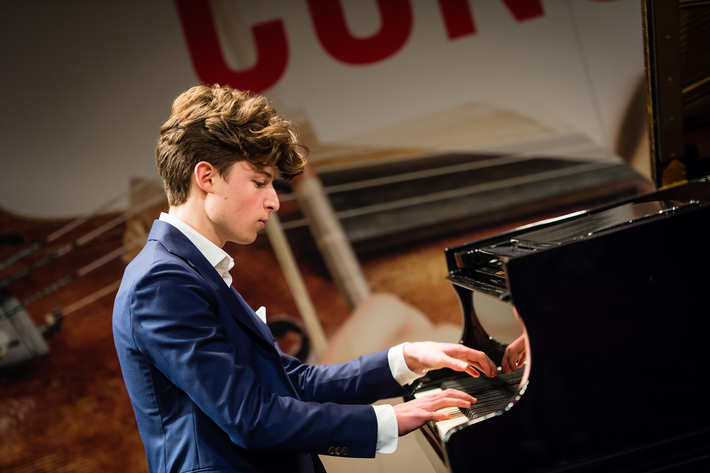 Maxim Heijmerink (2000) started to take music- and piano lessons at the age of 11 and reached the finals of the Youth Talent Show at the Concertgebouw in Amsterdam one year later. In 2013 he performed with members of the Royal Concertgebouw Orchestra for the first time.  Before starting his studies with Mila Baslawskaja at the Sweelinck Academy in Amsterdam in 2015, Maxim took part in the Summer Academy of the Peter de Grote Festival and won several prices two years in a row.  In 2017, Maxim performed his own composition for the first time with the ensemble of the Maestro Jules Orchestra at the Royal Concertgebouw in Amsterdam.  And in 2018, he performed his own composition for Choir and Orchestra in Rotterdam, the Netherlands.

He won 1st place in the regional finals of the Prinses Christina Concours in Haarlem, the Netherlands in both 2017 and 2018.  Maxim has taken Master Classes from Dmitri Bashkirov, Emanuel Krasovsky, Tatiana Zeligman, Daria van den Bercken, Paul Komen, Igor Roma and Ilona Temchenko.  Besides his passion for Classical music, Maxim has played in a Big Band, loves to play Jazz and to improvise and compose.  He also likes to work out.  He is currently studying at the Conservatory in Amsterdam. Yente Lottman was Born in Amsterdam, the Netherlands in 2001 and started playing the violin at the age of 4.  Her inspiration was her father who is a violinist at the Netherlands Philharmonic Orchestra.  In 2017 she was admitted to the Sweelinck Academy, the national academy for young talent of the Conservatory of Amsterdam. She takes lessons from Sarah Kapustin.  In 2018, Yente won 1st place in the Britten Violin Competition and both 2nd place and the public award in the regionals of the Prinses Christina Concours in Haarlem, the Netherlands.  She participated in the National Half Finals in The Hague, the Netherlands, and received an Honorable Mention.  Yente has taken a Masterclass with Maria Milstein.

Yente is currently a junior in High School at the Gerrit van der Veen College.  Besides playing the violin she enjoys reading and playing the drum. 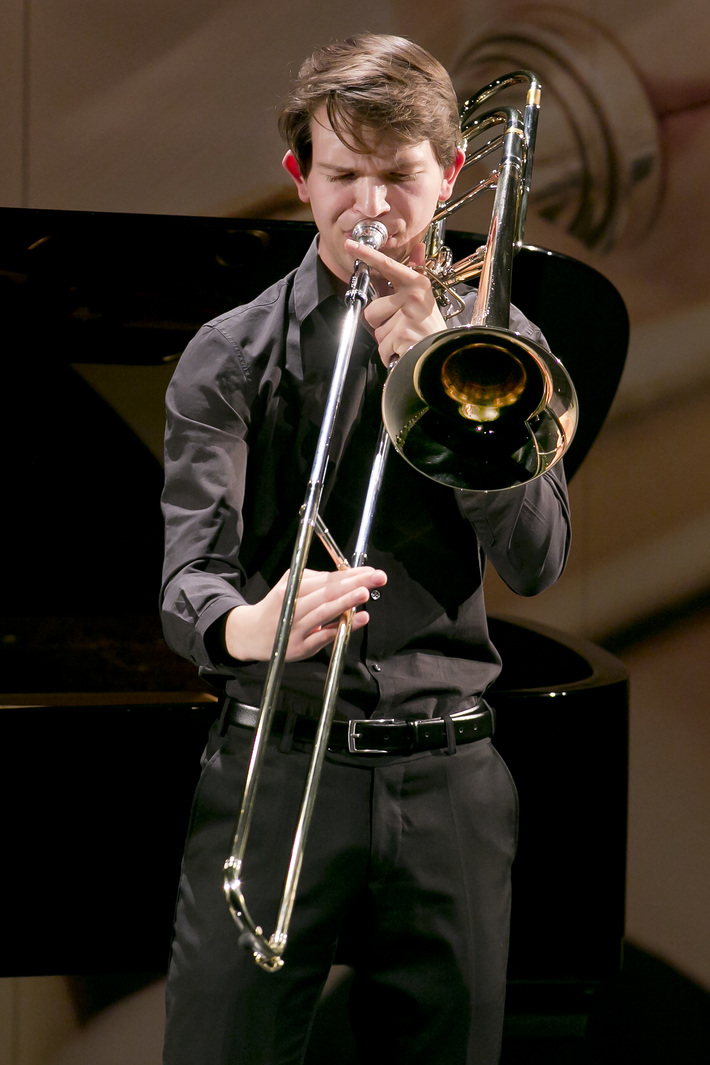 Niels Jacobs was born in Leiden, the Netherlands in 1999.  He started on the Euphonium at the age of 8.  When he was 10, Niels switched to the Trombone.  On why he chose the Trombone, Niels says: “I love the trombone: it is the brass instrument that has the closest resemblance to the tenor voice and therefore sounds so natural.”  When he was 14, Niels joined the National Youth Orchestra of the Netherlands.

After taking lessons from Remko de Jager and Lennart de Winter, Niels joined the Young Trombone Collective.  At age 17, Niels was admitted to the Conservatory of Amsterdam to study Classical Trombone, where he was taught by Pierre Volders, Remko de Jager and Jörgen van Rijen.  In 2018, Niels won the Prinses Christina Concours.  He has performed as a soloist all over the Netherlands and has made an appearance on National television.  Says Niels:” The most important thing for me while making music is to draw the audience into the musical story that you and the composer would like to convey.”

We would to recognize the following businesses for their Holland Festival Silent Auction donations: 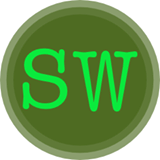 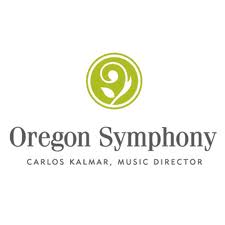 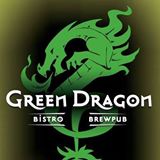